Have you read this book? Then please leave a review at:
The Shaedon Resurgence, Book I – The Fall of Netherea. 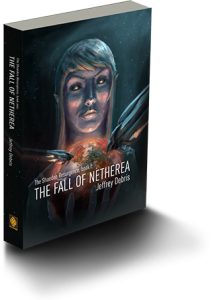 When the true reason behind the cataclysm is unveiled, it becomes evident that a plan has been set in motion by a race thought to be extinct. The Shaedon have begun their